We’re thrilled to show you the new cover for WHITE LILIES, the third in theDI Jack Dylan series, which will be published by The Dome Press. 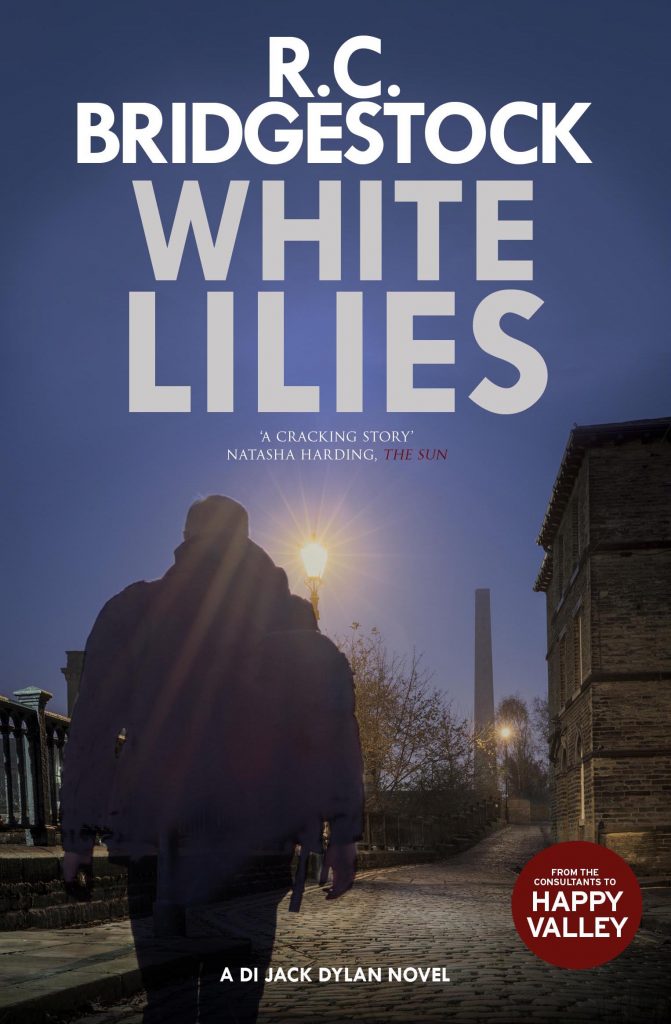 One thing crime-fiction enthusiasts can be assured of is authenticity in our novels. According to our readers, they love not just the gripping story lines and perfect mixture of crime and insight into what it’s like to be a police officer, but the eye for detail in the narrative, including procedural correctness. We hope we illustrate to the reader the lighter moments as well as the darker side of how police work impacts upon the officers’ private lives, as well as those of the victims of crime.

We want you to be as passionate as Dylan when it comes to chasing the perpetrators, pursuing justice.

We make no apologies in White Lilies for telling it as it is; showing ‘hit and run’ scenes in all their brutality and ensuring you are privy to how it feels for those dealing with these tragedies. That said, every investigation is a team effort and, without light-hearted humour and camaraderie, the job of dealing with man’s inhumanity on a daily basis would be much harder.

Any police officer will tell you the banter between CID and the Road Traffic Department, is legendary.

‘Leave it with you, kid,’ a common phrase used by a traffic officer.

The response from CID, ‘You’ll need to if you want it solving!’

In White Lilies these two departments are brought together to investigate what at face value appears to be a road accident, but which examination of the scene shows was by no means an accident but, a deliberate act, with the vehicle used as the lethal weapon.
A new DS is a distraction as Dylan deals with two fatal road accidents, the suspicious death at home of an elderly lady, stabbings and brutal attacks on young girls. Dylan is busier than ever and has little time for heavily pregnant Jen. While Dylan is confronted by a madman, Jen goes into labour alone and collapses unconscious. Dylan needs to make some life-changing decisions.